Homemade Cinnamon rolls are one of my favorite pastries. They are ooey, gooey, and absolutely delicious. And while they can be a bit of a pain to make in a conventional oven, the end result is definitely worth it.

But what if I told you that there was an easier way to make cinnamon rolls for a super easy breakfast? Enter the air fryer. Air fryers are all the rage these days, and for good reason. They allow you to cook food quickly and evenly with little to no oil and are totally a game changer.

So if you’re looking for an easier way to make cinnamon rolls, give this easy recipe for Pillsbury air fryer cinnamon rolls a try. I guarantee you won’t be disappointed.

What Temperature Do You Bake Cinnamon Rolls in the Air Fryer?

The temperature you bake cinnamon rolls in an air fryer varies depending on the specific model. However, most air fryers will cook cinnamon rolls at 350 degrees Fahrenheit for about 10 minutes.

And remember, always let the air fryer preheat before cooking your cinnamon rolls to ensure even cooking.

How Long Does it Take To Bake Pillsbury Cinnamon Rolls in the Air Fryer?

Best Cinnamon Rolls to Cook in the Air Fryer

This recipe is specifically for Pillsbury brand cinnamon rolls with 5 rolls that can be found in the refrigerated section of your local grocery store, but feel free to experiment with different brands and amount of cinnamon rolls, including your favorite store brand. Just remember to adjust cooking times accordingly.

What You’ll Need For This Recipe

[1] Preheat your air fryer to 330 degrees F and spray the bottom of the basket with nonstick cooking spray. Place the cinnamon rolls in the air fryer basket leaving a little space between each roll.

[2] Air fry the cinnamon rolls for 5 then use tongs to flip the rolls over. Cook for an additional 5 minutes until they are golden brown.

[3] Top the warm cinnamon rolls with the included frosting and enjoy!

How to Store Leftover Cinnamon Rolls

Leftover cinnamon rolls can be stored in an airtight container or bag at room temperature for 2-3 days. You can also freeze leftovers for up to 1 month.

How to Reheat Cinnamon Rolls in the Air Fryer

To reheat, simply pop them in the air fryer at 400 degrees for 3-4 minutes until warm and gooey. And there you have it!

What to Serve with Air Fryer Cinnamon Rolls

Can I cook frozen cinnamon rolls in the air fryer?

Yes, you can cook frozen cinnamon rolls in the air fryer. Just make sure to adjust bake time accordingly and check on them frequently to ensure they are cooked all the way through.

Can I use homemade cinnamon roll dough in the air fryer?

Yes, you can use homemade cinnamon roll dough in the air fryer. Adjust the baking time if necessary.

Do I need parchment paper or aluminum foil to cook these cinnamon rolls?

No, you do not need parchment paper or foil to cook cinnamon rolls in the air fryer. Just make sure to spray the basket with nonstick cooking spray before adding the rolls. You can use parchment paper and foil in your air fryer, which will help with clean up, but you may have to add a few minutes to your cook time.

Can I add extra toppings to my cinnamon rolls?

Yes, feel free to customize your cinnamon rolls with extra toppings such as raisins, nuts, or even chocolate chips. You could even add more homemade cream cheese frosting!

Will Canned Cinnamon Rolls Rise in the Air Fryer?

I hope you enjoyed this recipe for fluffy air fryer cinnamon rolls. If you did, please leave a review and comment below. I would love to hear what you think! 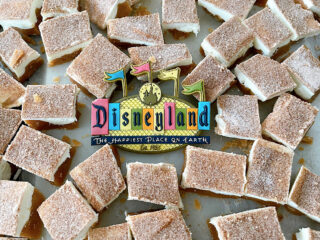 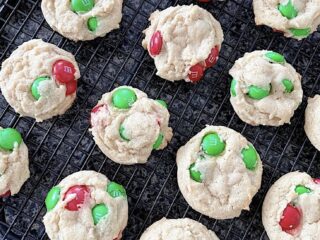